Theoretical approaches and solutions are only as good as their implementation is! For that reason, we follow an application-orientied path when it comes to reseach. In the past, we have developed several technical solutions that led to new produtcs and processes. On this page you will find some selected projects in which we have participated.

Production supplied with energy in this way offers numerous advantages. Thanks to intelligent network control and integrated storage, it can react flexibly and robustly to fluctuating network quality and energy offers. In addition, renewable energies can be integrated more easily and conversion losses from AC to DC voltage avoided. Energy savings result, among other things, from the simpler use and buffering of braking energy, the so-called regenerative braking, in DC networks. The project, which was funded with six million euros, was initiated by 15 network partners together with eleven associated partners at ZVEI and is coordinated by Siemens. As part of the three-year project, test facilities built at Daimler, Homag Group and KHS. The results of the joint project were presented to the public for the first time at DC2019.

"Direct current for the factory of the future" - with this principle, the research project "DC-INDUSTRIE 2" started on October 1, 2019, in which the potential of direct current technology for industrial production plants is to be examined. DC-INDUSTRIE2 connects directly to the very successful research project DC-INDUSTRIE, in which the development, adaptation and testing of power electronic devices for the supply and protection of DC networks in production cells as well as methods for their robust operational management were in the foreground. In phase 2, the DC network is to be expanded into an intelligent DC network for a production hall or a large-scale process plant.

In terms of content, the project builds on the results of DC INDUSTRIE. A comprehensive system concept has already been developed here, which is now to be expanded for larger systems: simplicity and openness are particularly important here. With 35 industrial partners, 5 research institutes and the ZVEI (Central Association for the Electrical and Electronics Industry), which supports the project as part of its association activities with an industrial working group, DC-INDUSTRIE 2 is one of the largest collaborative research projects in Germany. The consortium would like to thank the Federal Ministry for Economic Affairs and Energy in particular, which supports DC-INDUSTRIE 2 as part of the 7th energy research program under the funding numbers 03EI6002A-Q, as well as the project management organization Jülich for the content and administrative support of the 18 funded partners. 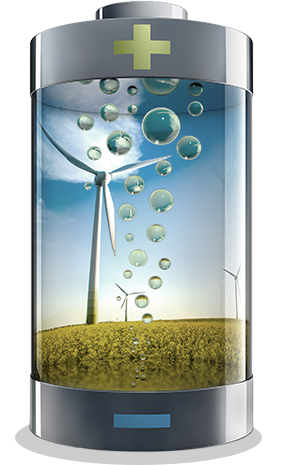 In view of the increasing urbanization and an above-average proportion of the population in Germany, the future of rural areas is increasingly present in politics and research. With around 47 million inhabitants, rural areas make up almost 90 percent of Germany's surface. Overall, it generates more than 60 percent of Germany's economic output. The focus is particularly on the topics of mobility and energy, because the rural regions in Germany offer the opportunity to test new mobility services or district energy solutions.

The model project "Smart Country Storage" starts with the latter through the development of electrical energy storage as part of a sustainable energy supply in rural areas. The aim is to check the feasibility of a storage system based on a simulated storage deployment. Ideally, an intercommunal transferable care concept should be provided outside the city in the long term. A total of 13 regions across Germany can test their region as an experimental field for testing individual and innovative solution concepts for the future.

Based on the Renewable Energy Sources Act (EEG) to expand the power supply with wind or sun, the installation of a photovoltaic system (PV system) on the roof of the house is still attractive in March 2017. After 20 years, these plants will no longer be eligible for EEG funding, making electricity feed-in unattractive for private individuals. However, the photovoltaic systems already installed (possibly also wind turbines) continue to produce electricity that can be shared by means of an energy service. Smart country storage for energy storage and provision is seen as a possible solution to the problem in order to generate higher quarter-related self-consumption. This makes it possible to maintain added value in the region by the owners of renewable energy systems raising a higher price than on the futures market of the electricity exchange and at the same time reducing the electricity purchase costs of the residents. The concept of joint energy storage and use is being tested in the model region of Hagedorn in the Höxter district.

Community energy storage and use is a sensible connection, in which local electricity storage systems sell electrical energy to private individuals at a lower price than the usual market price per kWh. Electricity requirements and consumption are measured per household using smart meters. For the model region, this means that the system independently determines when there is an increased power requirement in Hagedorn and electricity has to be called up from the local storage. At the same time, the smart meter recognizes a low local demand for electricity and, as a result of the excess electricity, offers it for sale on the electricity market. This means that both operators and non-operators of PV systems can save more than half of their electricity costs. By participating in the project, the model region Hagedorn has the opportunity to support an innovative concept for local energy storage and to play a pioneering role in the area of ​​sustainable energy supply in rural areas in the long term. 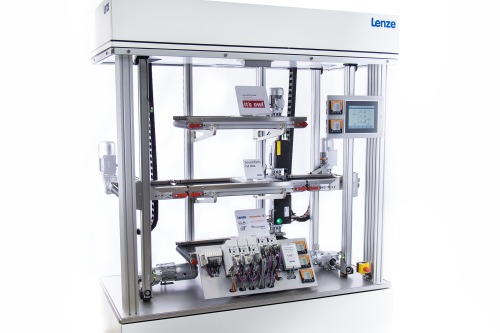 The project "Intelligent drive and control technology for energy-efficient intralogistics" (it's’s OWL-IASI) was realized within the framework of the leading cluster Intelligent Technical Systems OstWestfalenLippe (its' OWL). At the KlimaExpoNRW 2016, it was recognised as a pioneering project in the field of energy efficiency by the state government of North Rhine-Westphalia. Around 60 percent of all electrical energy in Germany is converted into electrical motors. Around a quarter of these are conveyor drives. Up until now, companies have hardly considered their energy consumption, since investments in new drives have not paid off compared to the energy savings. Against the background of rising energy costs and the increasing complexity of intralogistics, energy consumption has become a significant cost factor, so that the introduction of innovative, intelligent drive solutions and intelligent load management is worthwhile insofar as high savings potential can be realized.

The aim of the project was to develop an intelligent modular system with efficient drive solutions in order to provide the ecologically and economically optimal solution for every drive process in the warehouse. In addition, intelligent load management should be designed to ensure that the supply network is used evenly.

First, the energy consumption of drive components of intralogistics in existing warehouses and logistics centers was systematically determined and analyzed. These included, for example, converters, motors, gears and mechatronic units. The results served to classify them according to energy efficiency and costs and as a basis for the development of new components. Furthermore, instruments for the design of the drive technology were taken into account, taking into account and optimizing the repercussions on the power grid. These were merged into intelligent load management for warehouses. In the project, the results of the cross-sectional projects "self-optimization", "intelligent networking" and "energy efficiency" were used. The drive components and intelligent load management were tested in pilot warehouses and implemented as standard after a successful test phase.

The new drive solutions will significantly reduce energy consumption in warehouses in the future without compromising quality and economy. There will be energy savings of at least 15% expected with constant or small additional investments. The intelligent load management enables optimal utilization of the supply network by avoiding peak loads. In addition to the modular character of the modular system, the new drives promote growth and employment among project partners and service providers (around 70 new jobs are expected). The project thus makes an important contribution to the competitiveness of providers and service providers of intralogistics in Germany.

The joint project "Innovative modular drive inverter system for the electrification of ancillaries in vehicle applications" (it's’s OWL-ImWR) was realised as part of the leading-edge cluster Intelligent Technical Systems OstWestfalenLippe (it’s OWL) together with KEB Automation KG. The aim of the project was to develop a modular inverter system for auxiliary units in commercial vehicles, which can be configured to customer requirements from modules of different performance classes.

As part of four sub-projects, in addition to the inverter system with its components, concepts were also developed that enable intelligent and efficient networking of the modular system in customer applications. In the long term, the engineering effort for the configuration can be reduced and errors in the field avoided. The following goals were defined for the sub-projects:

Depending on the type, electrified commercial vehicles have different electrical ancillaries that are operated via a corresponding drive inverter system. The auxiliary units can differ on the one hand in the performance class and still occur in different constellations with other auxiliary units. In order to reduce the development costs for customer-specific systems, modular drive inverter systems are suitable that take into account different performance classes and are suitable for a variety of applications. In order to be usable for vehicle applications, they have to be integrated into a compact and solid vehicle component.

Since not only the customer-specific systems with inverter modules of different performance classes differ in the field, but also the boundary conditions (e.g. cooling and power supply in the vehicle), it was necessary to create a possibility to check quickly and efficiently whether in the overall configuration e.g. there is no thermal overload or overload of the electrical supply. For this purpose, evaluation models were developed and validated in terms of measurement technology, which support the application process and enable problem solving.